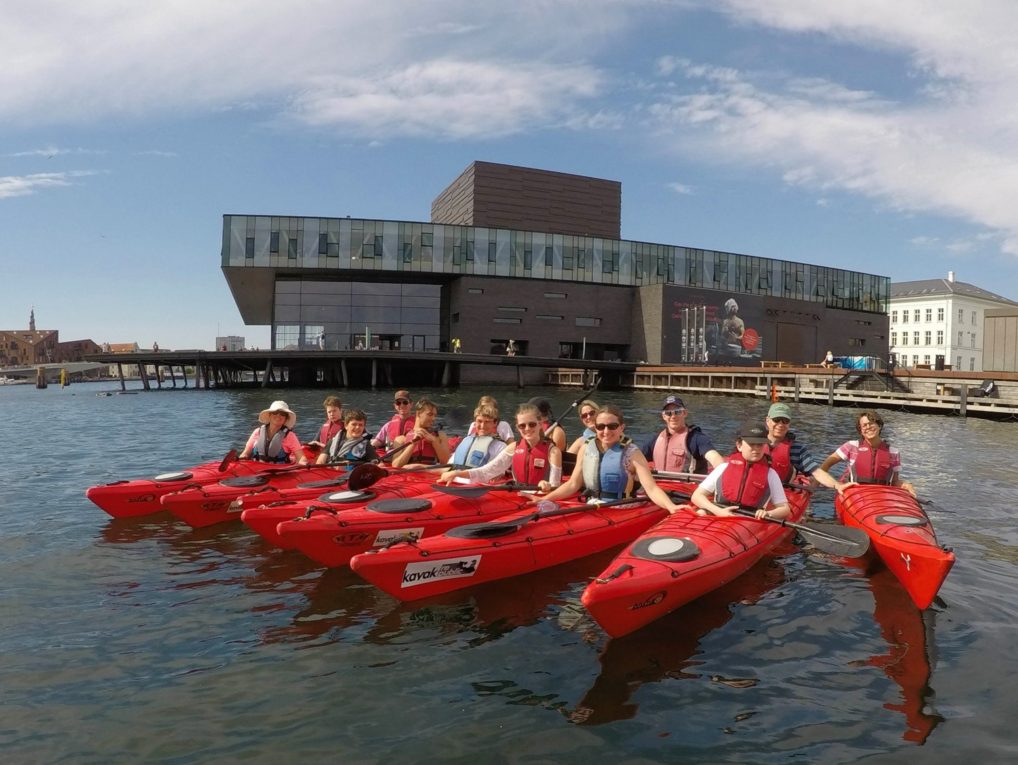 The location speaks for itself, a very cozy place under the bridge Knippelsbro. The start was already promising and the 2-hour sightseeing tour just exceeded expectations. I highly recommend it to everyone who visits Copenhagen. It is a different way to explore the city – paddling through the small canals is so magical!

We were around 15 people on the tour and we therefore had two instructors: Mikkel and Kirsten.  Both very professional and kind.  They told us some interesting stories about the city’s history and architecture. Before jumping in the water, we started off with a bit of warm-up on the pier just so we could get familiar with the basic paddling movements and basic kayak rules.

In the first part of the tour we saw the city’s classic sights such as the Kissing Bridge, the Opera House and Amalienborg, the Queen’s palace. Remember to keep your eyes open as the water can get a bit crowded with boats and other kayaks. To avoid the traffic we did some slaloming under several bridges and I accidentally nearly tipped over… Oopsy! It was fun though. J In the second part of the excursion they took us into a more secluded and green area, the Lake of Christiania. It was so nice and peaceful I almost forgot I was in the city!

I have to say that, even though I was alone in the kayak, I wish the tour would have last longer. I absolutely loved paddling in through the canals of Copenhagen!

We use cookies to ensure that we give you the best experience on our website. If you continue to use this site we will assume that you are happy with it.OkRead more